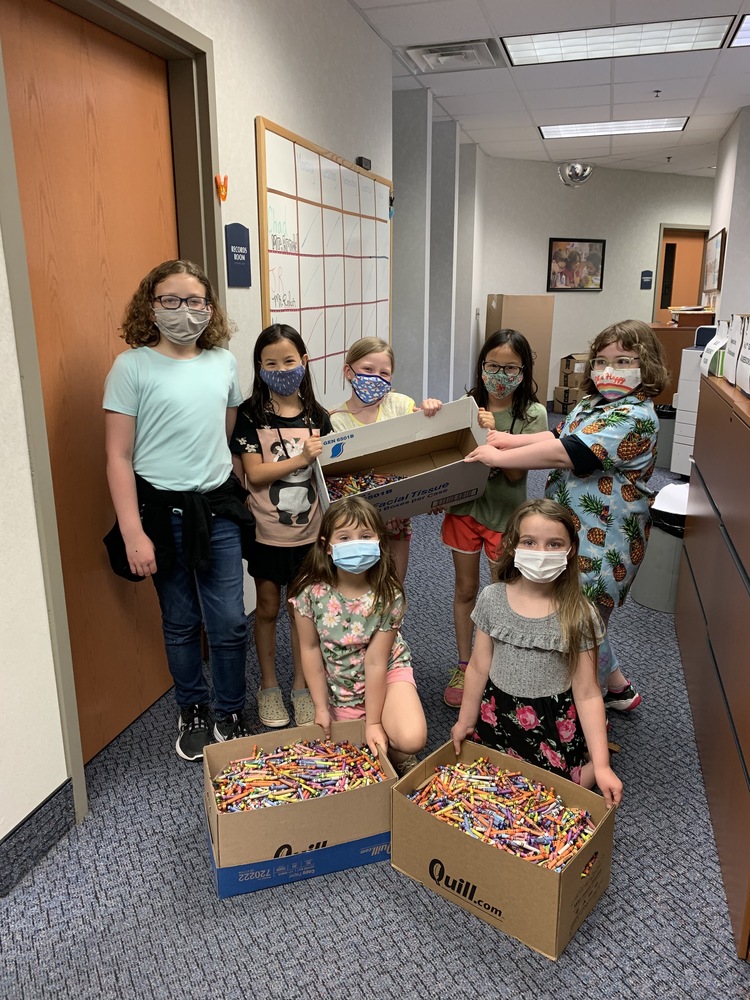 Riddle Elementary School students took leadership of a Broken Crayon Project in which broken crayons are collected and donated to be melted down, turned into new nine color sets of crayons, and are given to children all over the world who need basic school supplies to attend school.

Teacher Britni Hawbaker credited the students for taking the idea, meeting and making the project a reality.

“They had breakfast together every day for a week,” said Hawbaker. “They planned the whole thing, they created posters and hung up the posters, wrote a script and made an announcement to the school.”

“I am so proud of these students and their leadership on this project to support a bigger cause,” said Hawbaker.