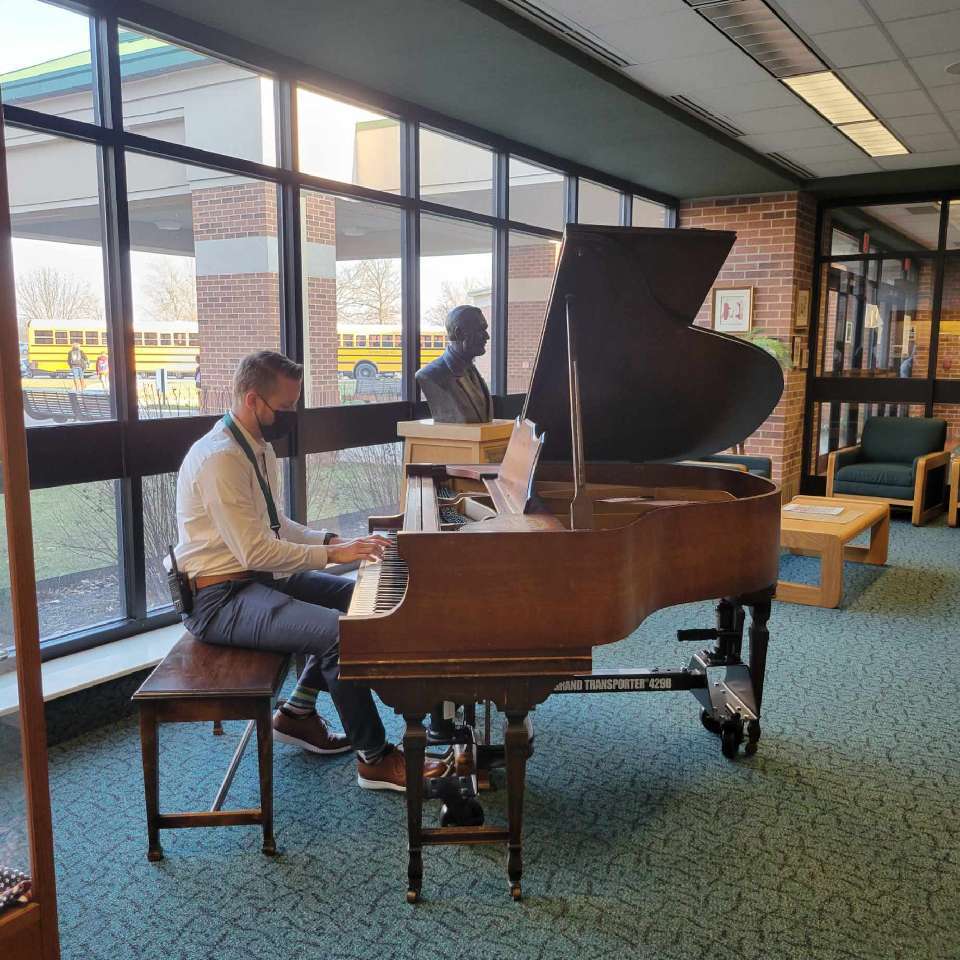 Williams Elementary School Principal McLain Schaefer plays the piano once owned by the family of Arland D. Williams Jr. on the 40th anniversary of Williams’ death.

Before drowning following a plane crash January 13, 1982, Williams, a Mattoon High School alumnus, helped to save five people by selflessly passing a safety line to other passengers fighting for survival in the icy waters of the Potomac River.

The piano was donated to the school last year by Jeff Noland of Leawood, Kansas.  The piano was purchased in 1981 at an estate auction of Williams Jr’s mother.

Here are links to video of WES students playing the piano in remembrance of Williams.